Since March 18th, 2020 all museums & parks of Peterhof will be closed till further notice. Keep updated with Peterhof  Facebook & Instagram.

On 15th June, members of the Russian media and press were invited to Oranienbaum for an exclusive preview of the newly restored court church. 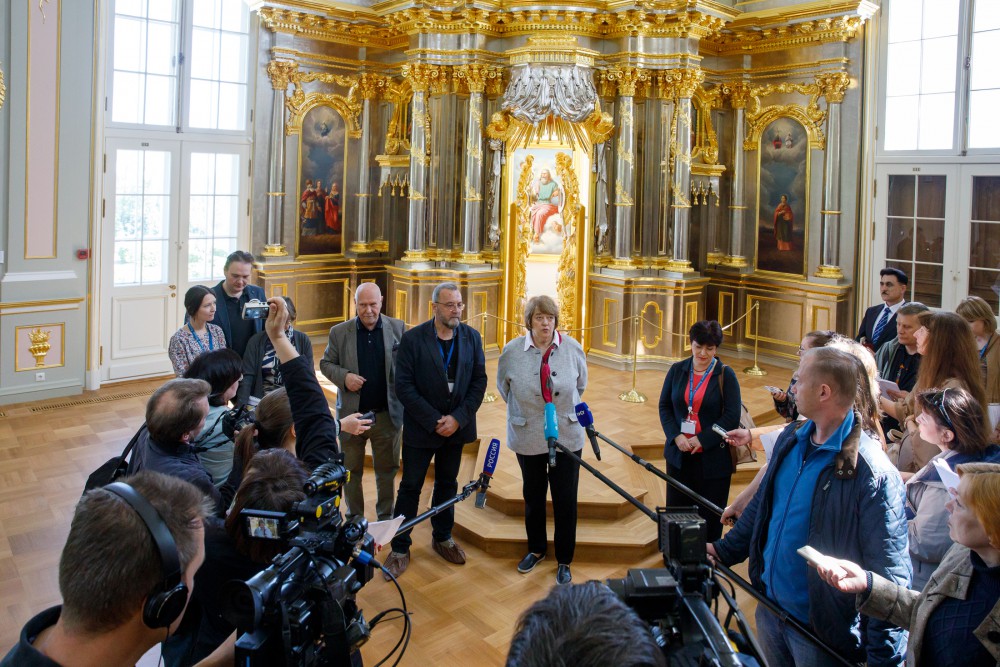 Shortly after the Great Menshikov Palace at Oranienbaum was handed over to the administration of the Peterhof State Museum Preserve in the 2000s, extensive restoration work began in the western pavilion of the palace. 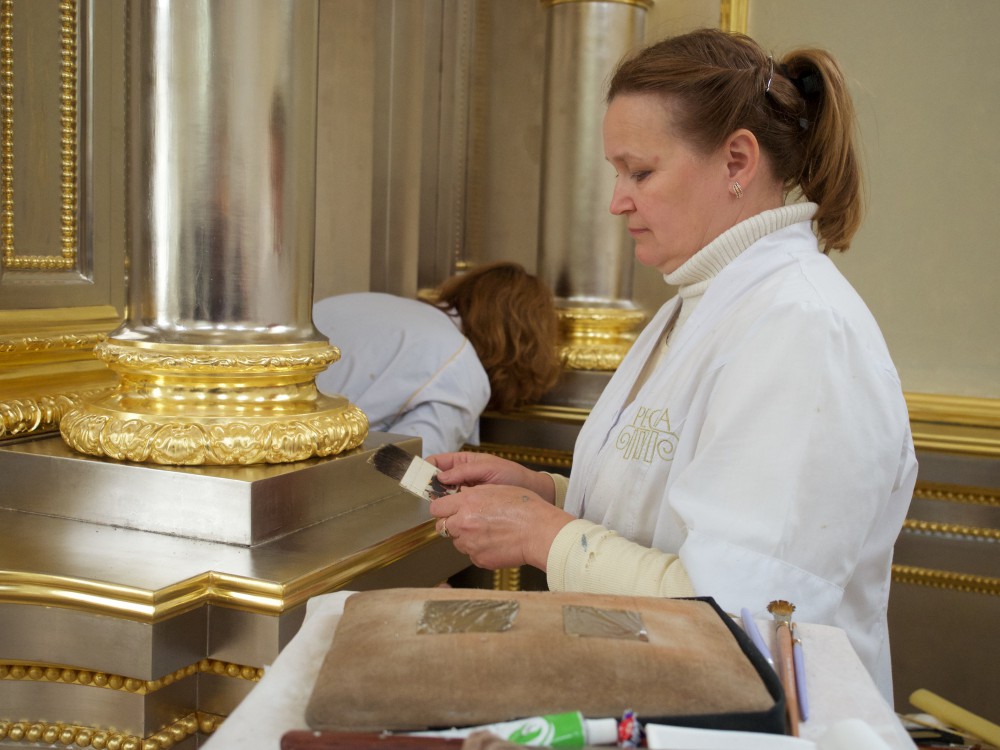 One of the most ambitious and costly of the restorations was the interior of the palace church. Restorers were able to recreate the church’s historic appearance, in which 40% of the interiors were preserved and conserved according to the Venice Charter for the Conservation and Restoration of Monuments, including the original trim dating from middle of the 18th century, and a pencil drawing attributed to Antonio Rinaldi (1710-1794). 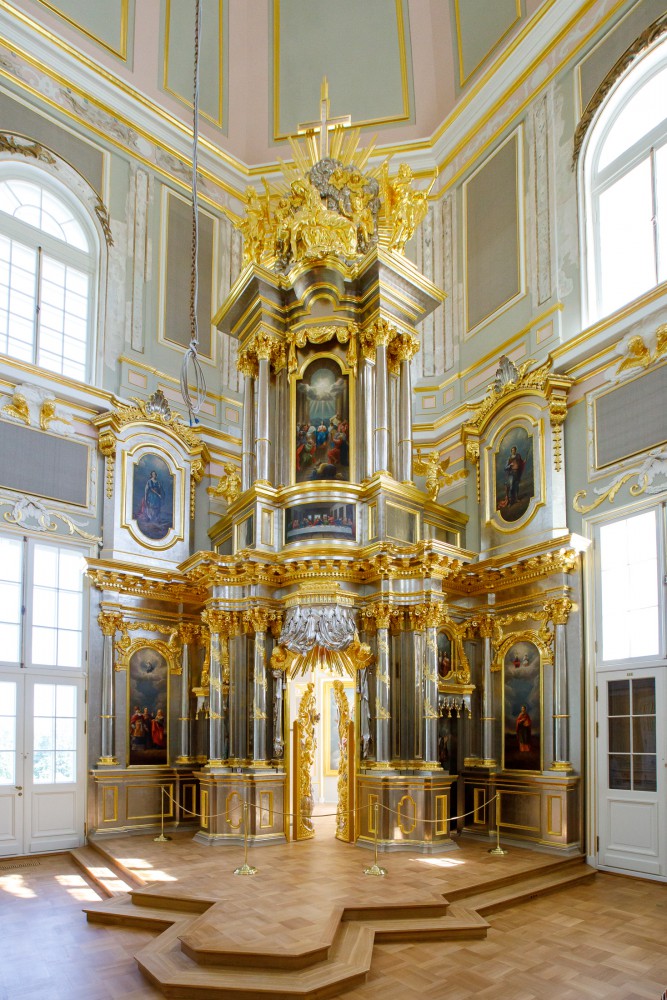 One of the greatest accomplishments is the recreation of the magnificent three-tiered gilded iconostasis. It was created in 1725 in the Moscow studio of Ivan Zarudniy modeled on Western European Baroque altars, and subsequently destroyed in 1930s. 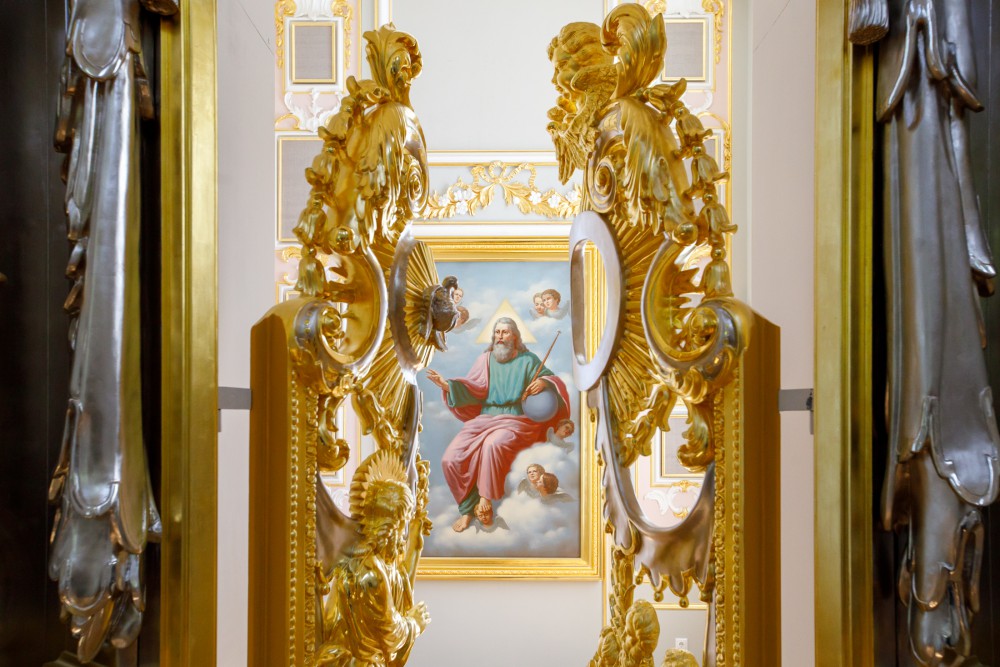 Artists from the St. Petersburg State Academic Institute of Painting, Sculpture and Architecture, led by Professor U.G. Bobrov will undertake the delicate recreation of the lost images of the iconostasis and the 39 wall paintings lost during the Great Patriotic War of 1941-1945. Photographs depicting the beautiful interior decoration of the church before its destruction in 1939 were discovered in no less than 13 separate archives around the country. These materials, as well as drawings of the second half of the 18th century, will help restorers with the re-creation of the lost images of the iconostasis and wall paintings. 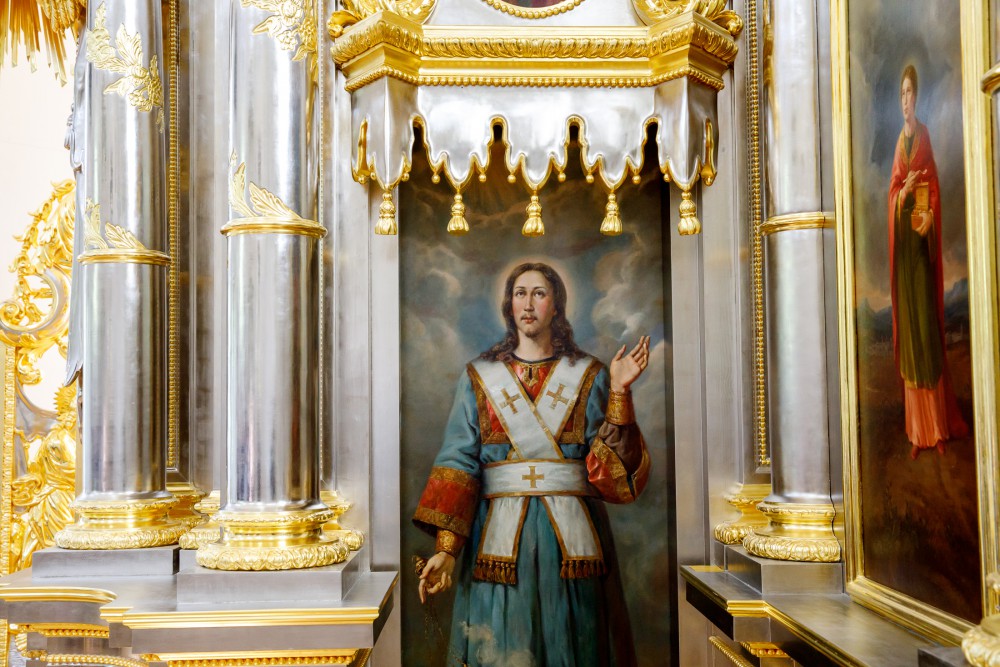 The Oranienbaum court church is scheduled to open to the public in 2018.

29.06.2017
Opening of the Vorontsova's Chambers in the Grand Menshikov Palace of Oranienbaum
11.06.2017
Romanov-era Treasures from Peterhof's Collection Displayed in Chengdu