The annual spring fountain show opening the summer season in Peterhof will be held on May 19th at 1 p.m. This year the feast will be dedicated to Centenary of museums in the former suburban imperial residences near St. Petersburg. Along with the fountain season we will give a start to the general project "Age of Museums" celebrating the Centenary of Peterhof State Museum-Reserve, Tsarskoye Selo Museum-Preserve, Gatchina Museum-Reserve and Pavlovsk Museum.

Colorful performance on the stage near the Grand Cascade entitled "The Palace Saga" will combine multimedia technologies with spectacular theatrical action. You’ll see the brightest pages of 100-years museum history of imperial residences as told by the main hero – famous art historian Alexander Benois. "The Palace Saga" play will be held in 8 acts: "Balls in Palaces", "Revolution", "Palaces for the People", "Palaces as Houses of Culture", "War", "Revival", "Centers of Attraction" and "Shows in Palaces". 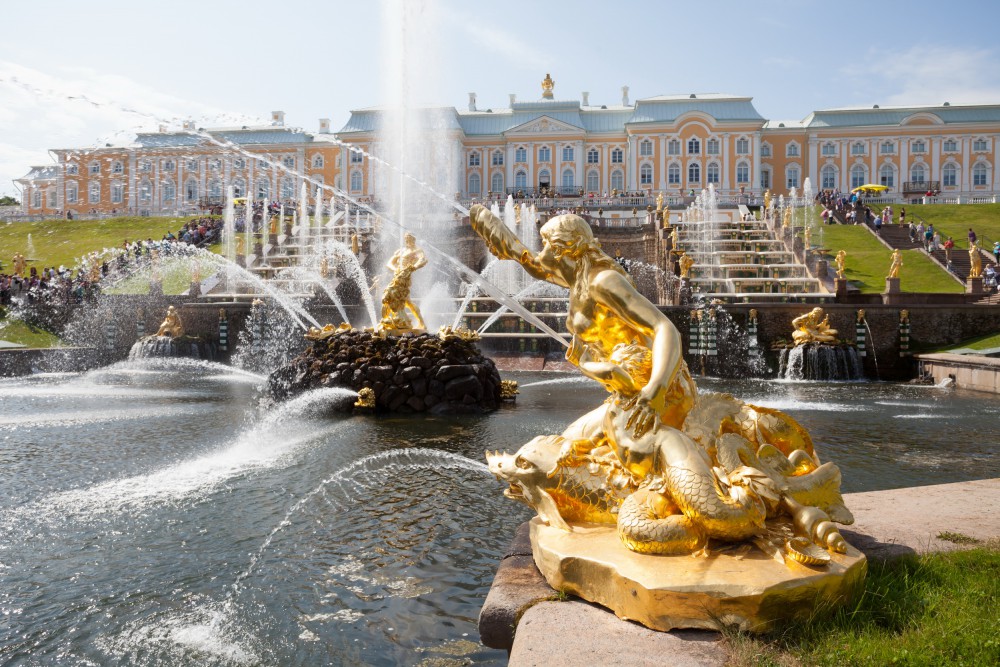 During the spring fountain feast, guests will immerse themselves in the pre-revolutionary atmosphere of the residences and enjoy the dances and music played at the balls. Agitation posters waving above the Grand Cascade will remind about the crucial changes that happened to Palaces in the beginning of the 20th century. Spectators will learn how imperial residences became the places of rest for the citizens of Soviet Russia in 1920s. During this period sports mini-parades, meetings of aircraft modelers and pioneer rallies took place in the former residences of Peterhof, Pavlovsk, Gatchina and Tsarskoye Selo. The photos of ruined palaces will tell about the horrors of World War II. Spectators will see the revived fountain of Samson through the eyes of the Leningraders. The newsreel of Samson moving along the Nevsky Avenue in 1947 will be broadcast on the screens above the Cascade. The contemporary life of residences will be embodied in the musical fragments dedicated to the well-known holidays in the museum-reserves, such as fashion shows, flower festivals, nights of music and fountain feasts.

For the first time in the history of Peterhof fountain feasts the celebration will go beyond the Lower park. All museum-reserves will be united by means of online translation. The lively opening ceremony of the summer season will be completed by the fireworks illuminating the sky above the Grand Peterhof Palace. 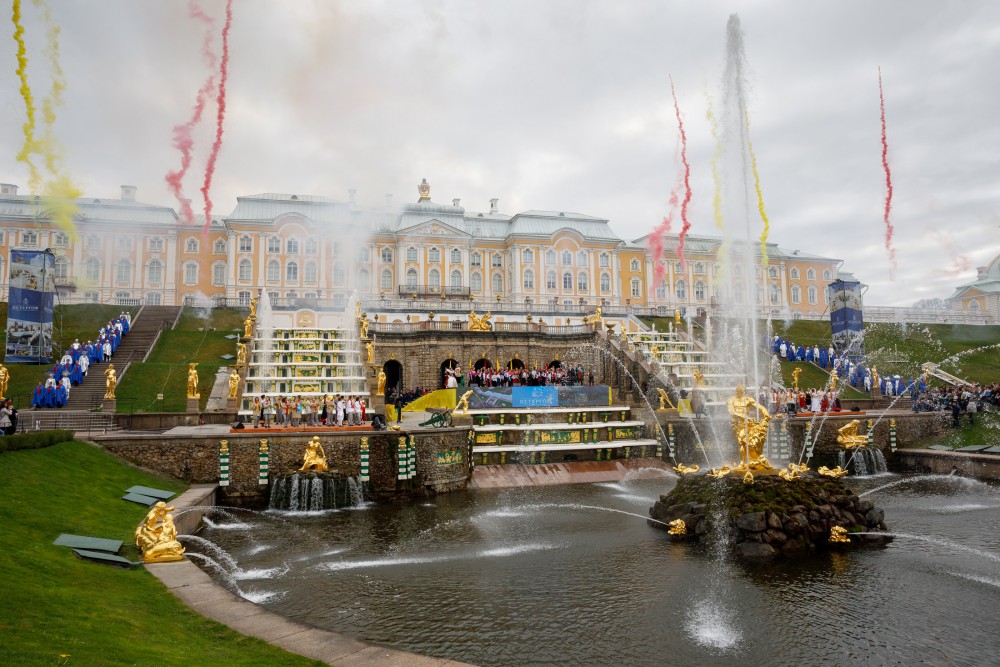 Admission to the show will be available by the tickets to the Lower park. Pre-book the tickets online.